I: Meteor Showers  in the Negev Desert.

In August, we launched a new cooperation with Holy Local Aliens. They are a community of locals (and non-locals) in Israel and Palestine, meeting to explore and build bridges across borders. As mid-August happened to be the peak season of the Perseid Meteor Showers, we decided to organize a trip to a famous spot for stargazing: the Ramon Crater in the Negev Desert.

One of the participants – Marianna – described the group in the following words: “There were people from Israel and Palestine of course, as well as Argentina, Spain, France, Belgium, Germany, Canada, and probably other places that I forgot. My favorite part about these trips is the people“. The group consisted of 30 people –10 Israelis, 10 Palestinians and 10 Internationals. As the bus took off for the 3-hour drive from Jerusalem to Mitzpe Ramon, talks and discussions commenced. Ruth, co-founder of Holy Local Aliens, introduced the two-day program, while Roque, an Argentinian astronomer, offered explanations on meteors, stars and planets, and Palestinian participants proudly presented their university system to the Israelis in the group.

Our first stop was at the Black Hebrews community in Mitzpe Ramon. The community, also known as African Hebrew Israelites, came from the United States to Israel in the 1960’s, but their roots are in Liberia. The community has become mostly known for their healthy holistic lifestyle: all members are vegan, and refrain from eating meat, dairy products, and foods with chemical additives. We met Britney and Yatibia who are running a vegan restaurant in Mitzpe Ramon, where we tried delicious vegan bacon, salads and sandwiches. Yatibia elaborated on their way of life, their Jewish roots and beliefs, and their struggle for acceptance and recognition by the Israeli society and government. Most members of the Black Hebrews community are not citizens of Israel, the group was granted permanent residency status only by the end of 2003. As the warm and interesting encounter with the family came to its end, we headed off to our camp at the center of the crater.

Astronomers from Mitzpe Ramon brought telescopes to the crater, through which we could watch Mars, Venus and Saturn, and a few star constellations. While sitting or lying on the ground under the impressive Milky Way, dozens of meteors drew their tails on the dark canvas of the night sky in a spectacular show. As the joint program ended, small groups gathered to get know each other better, discussing or taking pictures beneath the stars.

The night we spent on the camping mats under the stars was quite short, as we got up the next morning for a sunset hike. A short bus ride took us up to the visitor Center of Mitzpe Ramon, where we were welcomed by a few snoopy wild goats (Nubian Ibex). As we walked along the edge of the crater, the sun rose above and created beautiful silhouette pictures of the group. Walking along the cliff of the crater towards the Camel Hill on the other side of town, we did some more activities to get to know each other and learned about personal backgrounds and motivations to join the trip. As it got much too hot for any outdoor activity, we headed back to the bus and drove to one of the many unrecognized Bedouin villages in the Negev. As there are no roads or signs that lead to these communities, the 12-year-old son of Salman showed us the way on a quad bike. Salman hosted us in the community’s main tent and explained about their lifestyle, culture and struggles with the authorities. Even though they have been living with their flocks in the desert for generations, the government does not recognize their villages and wants them to relocate into modern towns and cities. This is the reason they lack basic infrastructure and municipal services. Salman showed us how to make Bedouin bread in the ashes of the fireplace, and the traditional coffee that is key to Bedouin lifestyle.

After we enjoyed a delicious and fresh breakfast, we split into mixed groups for a workshop on how we imagine life to be on a different planet. Some of the fictive communities decided to live in matriarchal societies, others to overcome capitalism and abolish clothing sweatshops/factories. Most had creative and smart ideas on how to deal with the Covid19 crisis, and everyone imagined their planet to be a more equal, fair and just place than it is in our contemporary realities.

The second cooperation with Holy Local Aliens led another group of 30 people – from Palestine, Israel and allover – to Nabi Musa. This site, in the West Bank near Jericho, is believed to be the tomb of Musa (Moses). After visiting the part that was mainly built between 1470 and 1480, Ibrahim from the village of Khan Al Ahmar took the group on a hike in the desert. On the way, we stopped for a Bedouin dinner and enjoyed the view of the sun setting down over the desert.

Part of the program was a Qui-Gong practice, lead by Muad. One participant, Dori Bisk, reflected on the experience in a poem:

We stand in a circle

The tips of our hands

click on of the images below to open the gallery: 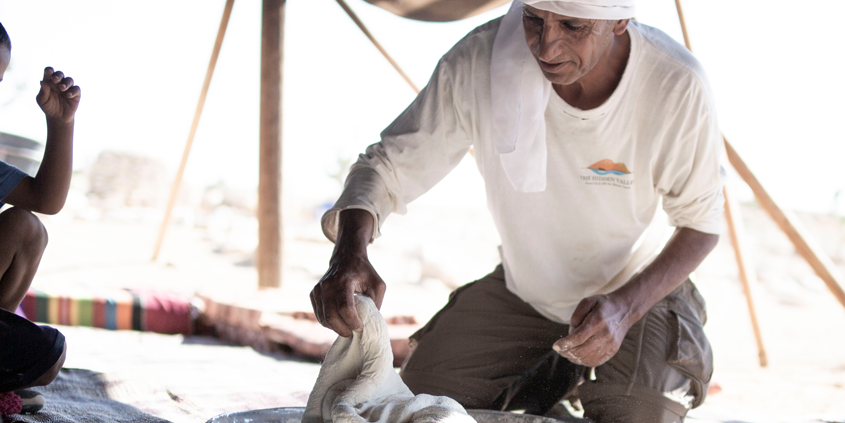 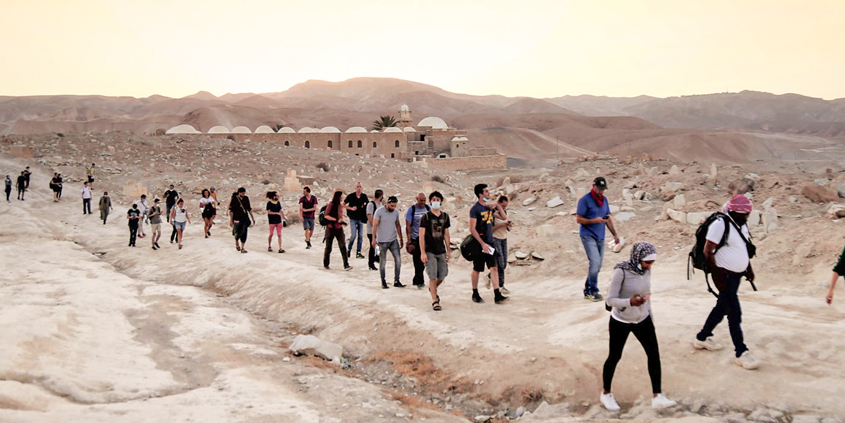 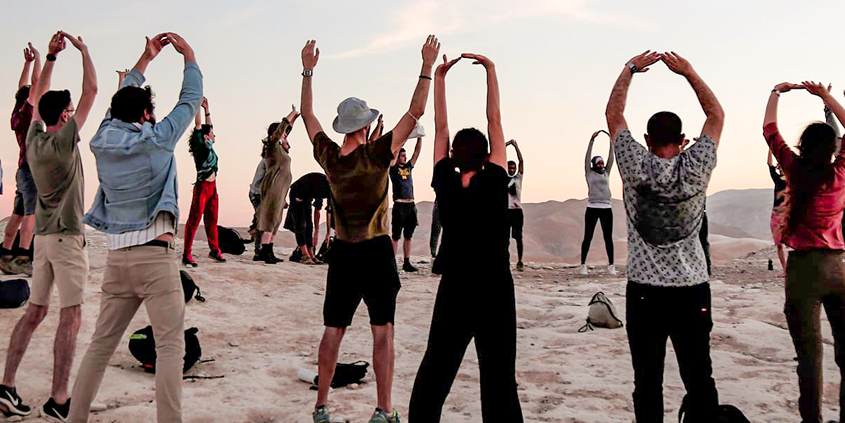 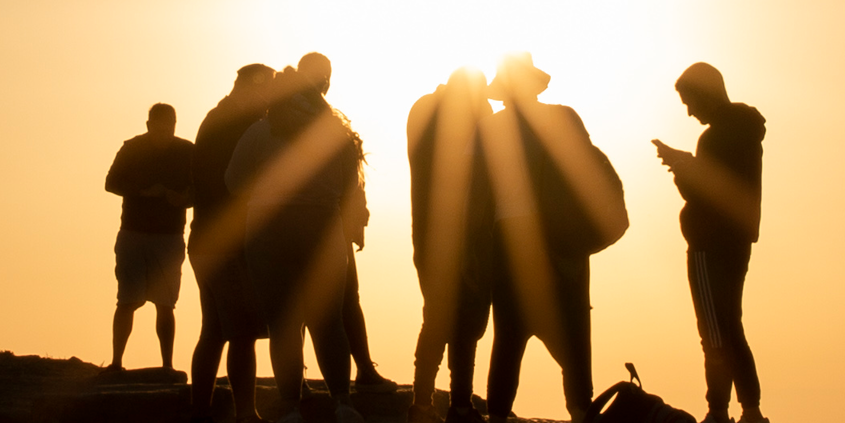