The Easter holidays are always a busy time for the Willy Brandt Center. This year, Falken delegations from Baden Wurttemberg, Hessen and Berlin, as well as from the Archiv der Arbeiterjugend (Working Youth Archive), visited the center to learn more about the cooperation of the IFM-SEI (International Falcon Movement – Socialist Educational International) movements in the Middle East and their relations with SJD – Die Falken.

Each delegation customized their program in Israel according to their exchange partner organization. The Falken from Hessen and Berlin for instance travelled all over the country to meet with the Arab Section of HaNoar HaOved VeHaLomed (NOAL) and in the latter case took part in a workshop about anti-racism and cultural appropriation. The group from Baden Wurttemberg organized an exchange in Rishon LeTzion in particular, to learn about the history and political practice of HaShomer HaTzair. On the other hand, the group from the Archiv der Arbeiterjugend visited archives, met with historians and collected sources relating to the Zionist Socialist movements.

Their visit to the Willy Brandt Center was an additional opportunity for delegations to reflect on their time in Israel and to exchange thoughts about current political developments. Participants were particularly interested in the narratives and struggles of different ethnic, religious and political communities in the city and in the controversial decision to move the U.S. embassy to Jerusalem. So what better place to start talking about these questions than the balcony of the Willy Brandt Center, which offers one of the most stunning views of the Old City and East Jerusalem! 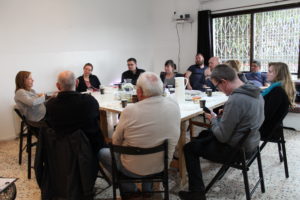 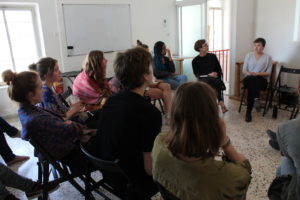 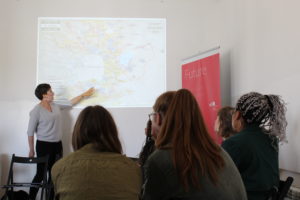 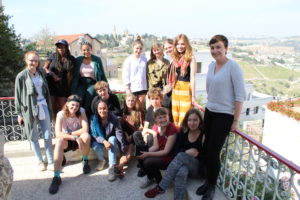 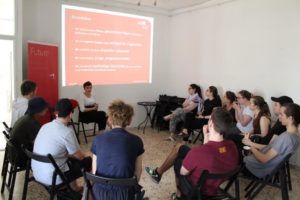 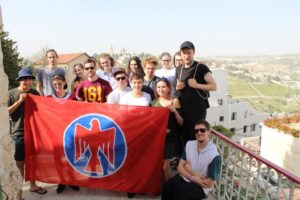 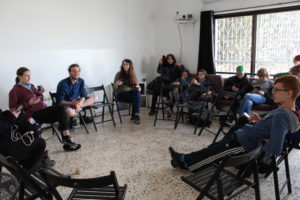