On Saturday, October 17th, the Social Art Project hosted an online talk with Prof. Bashir Bashir, titled ‘Between Heavenly and Earthly Jerusalem: Critical Reflections and Decolonization’. The talk was originally planned to be presented at the Willy Brandt Center as part of the Jerusalem Open Forum, which was intended to focus this year on the topic of “Jerusalem and Europe”. Due to the Covid-19 regulations, the event was held online.

In his talk, Prof. Bashir argued that the Western interest in Jerusalem, which is often articulated in religious terms, tends to conceal colonial and orientalist relations that prioritize the city and its biblical sites over its Arab population, and to ignore the fact that the “Palestinian Question” of is also a European question. The talk concluded that the way forward, for Jerusalem and Israel/Palestine at large, ought to be premised on decolonization.

Prof. Bashir Bashir is an associate professor in the Department of Sociology, Political Science, and Communication at the Open University of Israel, and a senior research fellow at the Van Leer Jerusalem Institute. He teaches political theory, and his research interests include democratic theory, liberalism, citizenship and nationalism studies, deliberative democracy, historical injustice and reconciliation, memory of the Holocaust and the Nakba, decolonization, Palestinian nationalism and political thought, and alternatives to partition in Palestine/Israel. His most recent book was co-edited with Prof. Leila Farsakh, and titled The Arab and Jewish Questions (Columbia University Press, 2020). 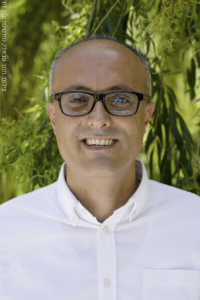