On March 14th we hosted children from the Ben Yehuda School in Jerusalem at the center. Together, we watched the puppet show “Mulu and Tsegay” performed by Shaharit Yerushalmi and Moria Ben Avot.

The performance was based on a children’s book written by Tamar Verete-Zehavi and Ronit Rosenthal and published by Kinneret Publishing in 2014. The book describes the harrowing journey of two siblings, a brother and sister, who ran away from their homes in eastern Africa after witnessing the burning of a neighboring village. Their mother provided them with a magical courage potion and urged them to flee and seek out a refugee camp in order to save their lives. Although the children felt devastated because they had to leave their mother, they set off on the daunting journey in the search of a new home.

Shaharit Yerushalmi has a BA in theater and directing at The Kibbutzim College Performing Art School, and is part of the “Holot Legislative Theatre” – a collaboration between Israelis and asylum seekers in the method of “The Theater of the Oppressed” by Augusto Boal. In an interview with “Haaretz” she says:”I worked with young people at risk and with disadvantaged populations and joined the ‘legislator theater in Holot’ through which I was exposed to the refugee community in Israel and to its distress, and I found myself reading and looking for materials and learning about their situation. I read the book to my niece and my tears went on”.

Moria Ben-Avot holds a BA in theater instruction and directing at The Kibbutzim College of Performing Arts School and is a graduate of puppet studies at the Holon Puppet Theater Center. She also has a master’s degree in cinema at Tel Aviv University. “We did an in-depth investigation and spoke with asylum seekers about their childhood, the village where they grew up, the games of childhood, the songs and the way of life, in order to recreate and create it in stage design and in the creative process,” she says. (‘Haaretz’, November 2017).

In their website, director Hadas Selbst and performers Shaharit Yerushalmi and Moria Benavot write: “Art, as we see it, can serve as a bridge connecting religion, race and culture. Performing the play Mulu and Tsegay is, for us, both a moral act and a social mission. Using puppets to tell a story about children who are forced to become refugees allows us to create a space for the audience to relate to the refugees’ harsh past and unknown future. We know from our work that puppets can bring hearts closer together and allow children to begin to see the ‘other’ as a human being and, in this instance, more than simply an asylum seeker or foreign worker”. 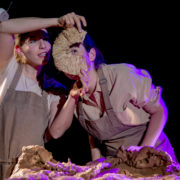 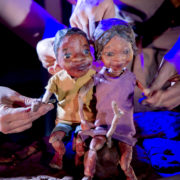 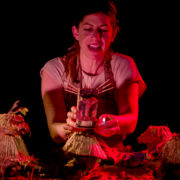 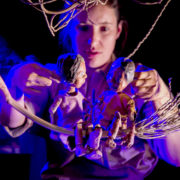 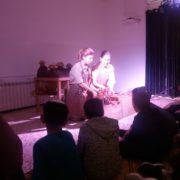