On July 17th we hosted a screening of the docu-series ‘Spectrums’ at the Willy Brandt Center. Afterwards we held a panel with the artists Afek Testa Launer and Zohar Melinek Ezra.

‘Spectrums’ is a new Israeli docu-series that follows the social and spiritual worlds of 10 members of the transgender community in Israel. The series sensitively examines a broad and contemporary picture of Israeli society in all its shades through the stories of the characters.

We watched two episodes. The ﬁrst one introduced us to the colourful character of Lioz, a young transgender woman, trying to cope with the binary deﬁnitions of what it means to be a man or a woman. Lioz shows her audience that there is indeed more than one way for a person to deﬁne themselves.

The second episode tells the story of Toar, a transgender man who struggles with alienation from his family after his decision to come out as a transgender man. He shares extracts from conversations with his father with the audience and rediscovers moments of anguish.

After the screening, the artists began to talk about their methods: how they met and what it was like producing the series. They revealed how the exposure wasn’t always easy for some of the participants after the series went online and why they decided to release the episodes for anyone to see without restricting it.

The audience also participated by asking them questions, for example how it is living as a transgender man/woman in Israel in comparison to other countries, what is coming up next, and whether the artists plan to do further projects exploring topics surrounding the meaning of being transgender.

This was a valuable evening for both the audience and the artists involved. 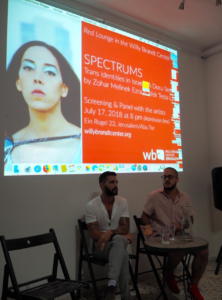 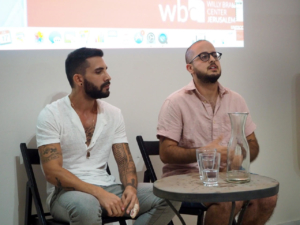 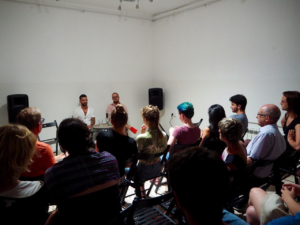 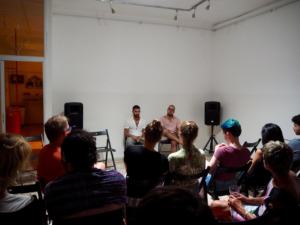 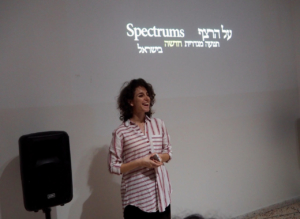 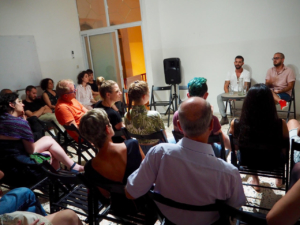 Art Cooperation in Gaza – “A Gaza Overture”
Scroll to top